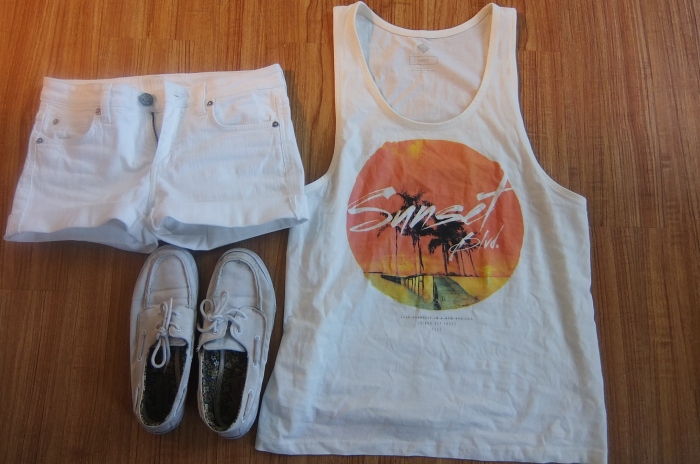 When I was ten, my dad went to a Dave Matthews Band concert. I was so mad that I didn’t get to go along. He didn’t even get me a shirt. I remember he wore his until it was ragged. He may still have it, riddled with holes, who knows.

But when I was seven, I did get to go to Jamaica for two weeks with extended family, and he stayed home. So I suppose my papa was allowed his daughter-less DMB concert.

Jamaica was two decades ago, and I haven’t been on a legitimate vacation since then…so I was at added risk of falling under the spell of this not-so-little Sunset Boulevard tank. The graphic is really quite gorgeous, and the oversize shape of the tank lent itself well to revealing impressive amounts of skin and keeping me nicely ventilated in the late spring heat. I found it just this past weekend on my latest trip to SA. I deliberately chose a turquoise bra as an extra pop of color; I love turquoise and white together. Such bright, crisp colors make for a refreshing, quintessentially summery pairing. The shorts are actually jeans; they were part of my SA haul. Aside from the legs being too short, they fit perfectly, so I decided to take the scissors to them upon returning home, and met with great success. I finished off the outfit with white mock-Sperrys to continue in the super-casual vein. 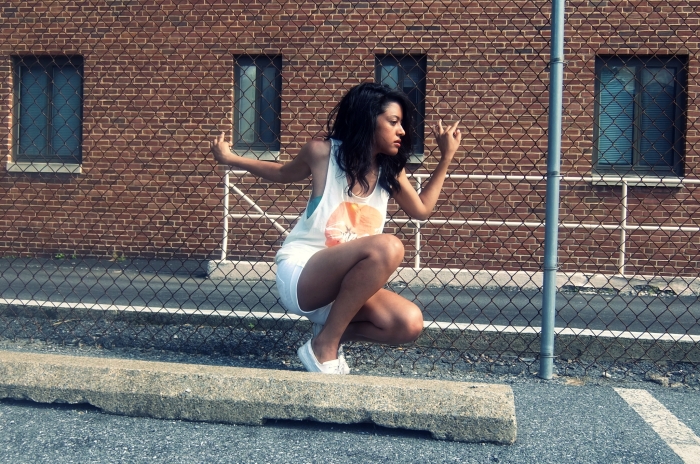 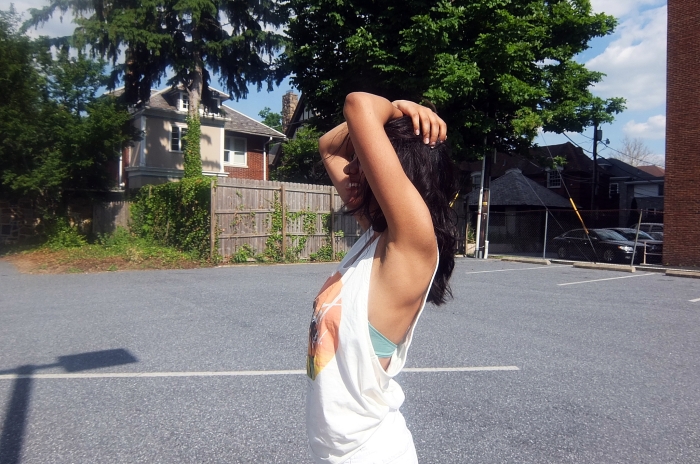 Mesmerized by the lovely warm tones in the graphic, I recalled owning a splendidly bright orange lipstick courtesy of Maybelline New York. For the beauty look, I lightly pressed some of that electric orange onto my lips and cheeks for a sun-kissed look, and spread a bit of shimmery nude shadow onto my eyelids.

I am so ready to get outta here. Anyone want to buy me a plane ticket? 🙂 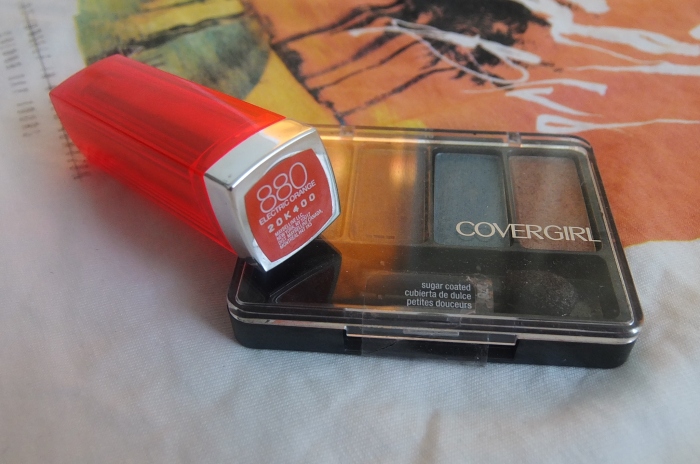 One thought on “…And All I Got Was This T-Shirt”

There was an error retrieving images from Instagram. An attempt will be remade in a few minutes.